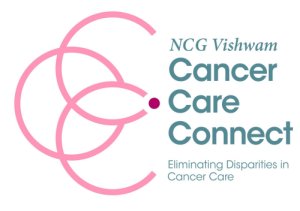 Shri K. N. Vyas, Secretary DAE & Chairman AEC launched NCG Vishwam Cancer Care Connect on 17thSeptember 2019 in Vienna on the sidelines of 63rdGeneral conference of IAEA. By virtue of this, National Cancer Grid (NCG) established and managed by Tata Memorial Centre (TMC), which has 183 participating stake holders from India has been made open to the cancer hospitals and other relevant institutes from foreign countries. Dr. Rajendra Badwe, Director, Tata Memorial Centre (TMC) gave the details of NCG and how it could be extended to the foreign hospitals and the benefits which they shall accrue. The objective of the NCG has been removing the disparity in Cancer Care. The NCG Vishwam is expected to play the same role globally. Eleven countries expressed interest immediately after the launch. Hospitals from Sri Lanka and Bangladesh conveyed their appreciation through a video message of offering the NCG to foreign countries. Ms. May Abdel-Wahab, Director, NAHU, IAEA conveyed appreciation of IAEA on the launch of NCG Vishwam, called it as comprehensive package help bridging the gap in cancer care and underlined IAEA’s support to the initiative. Official logo of NCG Vishwam Cancer Care Connect was launched on the occasion. [In the logo, uses three Cs of ‘Cancer Care Connect’ together to form an earthen lamp, whose flame is represented by a red dot. The red dot is also symbolic of kumkum, while its orientation represents an eye. The lamp projects prosperity and life whereas the flame is a mark of freedom through enlightenment.]

The speech delivered by Chairman AEC at the time of launch is reproduced below:

Respected Director NAHU, IAEA); My colleagues from India, who have made this event possible; Excellencies and Friends.

First of all let me thank you for making it convenient to participate in this side event organized to launch NCG-Vishwam Cancer Care Connect.

The Tata Memorial Centre (or TMC), which is an integral part of the Department, has been a premier cancer care facility since 1941 and it has struck an excellent balance with trilogy of patient care, education and research. The Centre has championed cost effective interventions, accessible all over India.  Research conducted at the Centre has saved many lives across the globe.  The Centre offers state of the art training to create human resource for cancer care.

TMC today has seven hospitals and one research institute catering to the needs of more than half a million patients every year, among which there are 100,000 new patients.

I am very happy to announce that India is launching a global cancer care network, “NCG-Vishwam Cancer Care Connect” (NCG-Vishwam 3C). Vishwam is a Sanskrit word, which means Universal or Global. Through this connect, we shall join hands with all interested partner countries in our fight against Cancer.

NCG-Vishwam envisages integration of the hospitals and relevant cancer care institutes from partner countries with the National Cancer Grid (NCG) of India.

NCG is managed by TMC and was established in 2012 with the broad vision for creating uniform standards of cancer care across India. In the short span of seven years, it has grown to a large network of 183 cancer centres, research institutes, patient advocacy groups, charitable organizations and professional societies. Incorporating virtually all stakeholders of cancer care in India, it has now become a strong, unified and powerful System in the fight against cancer.

We have been receiving requests from a number of partner countries for sharing the platform and this has been the incentive for the launch of NCG-Vishwam 3C. We invite Member States to be a partner in this noble cause.

Our partner countries shall benefit in different ways through the NCG Vishwam connect, such as NCG guidelines for management of common cancers; Second Opinion Service for patients/ physicians; decisions on treatment; availability of massive open online courses; etc. I am happy that different hospitals from Russia, Kazakhstan, Vietnam, Nepal, United Arab Emirates, Afghanistan, Jamaica, Bangladesh, Myanmar and Zambia have agreed to become part of the NCG-Vishwam.

I am very happy that we have with us the Director of the Tata Memorial Centre, Dr. Rajendra Badwe. I shall now request him to give details of the National Cancer Grid and the NCG-Vishwam.

Thank you for your attention.

Some photos of the event are reproduced here: 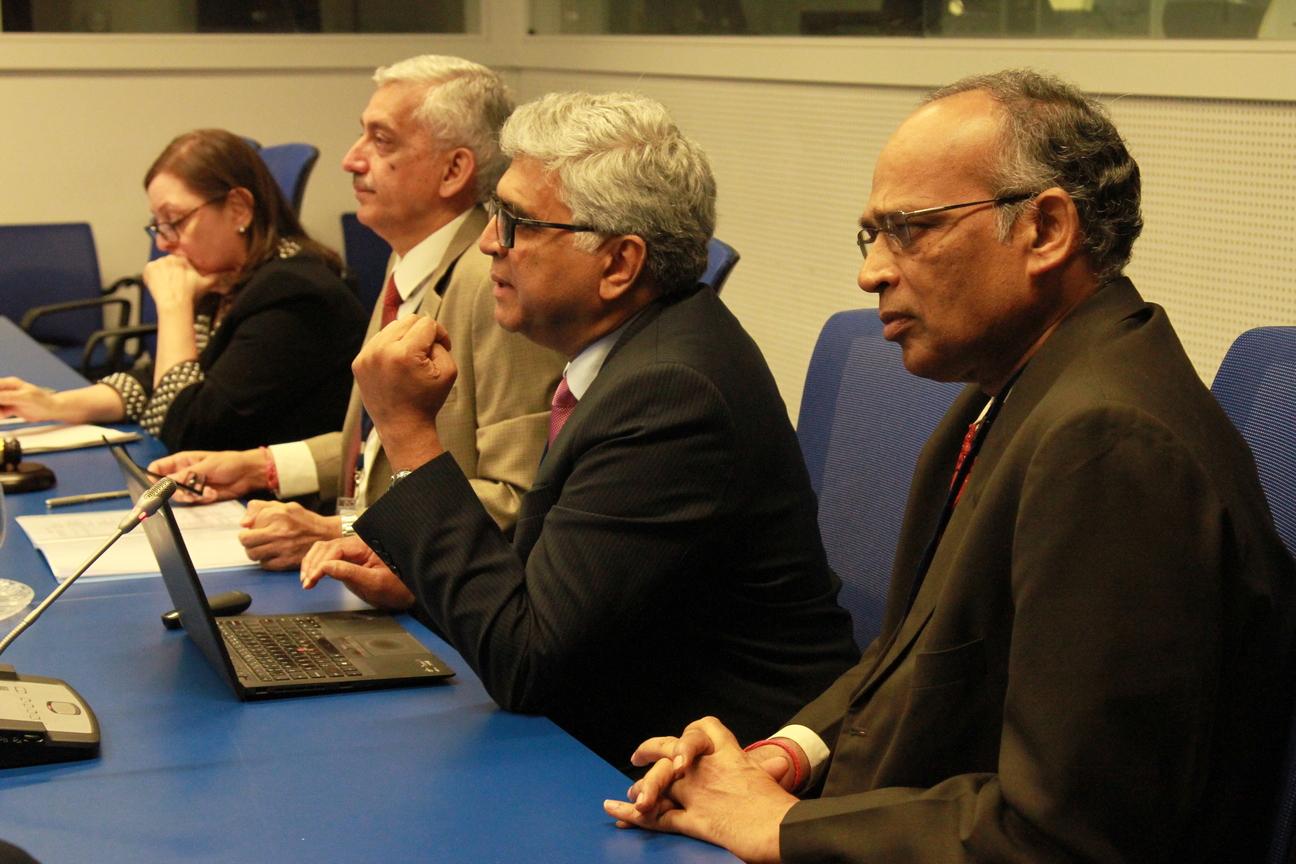 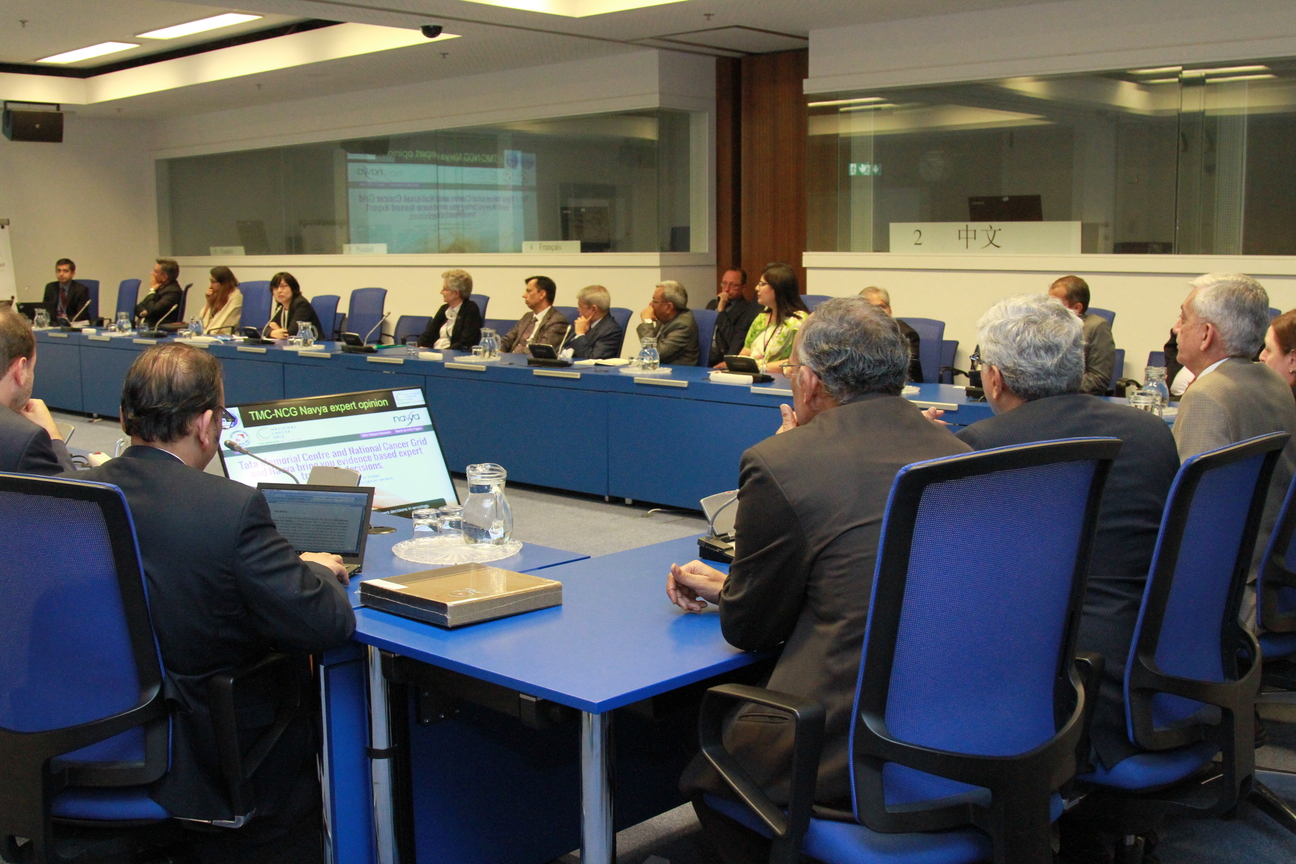 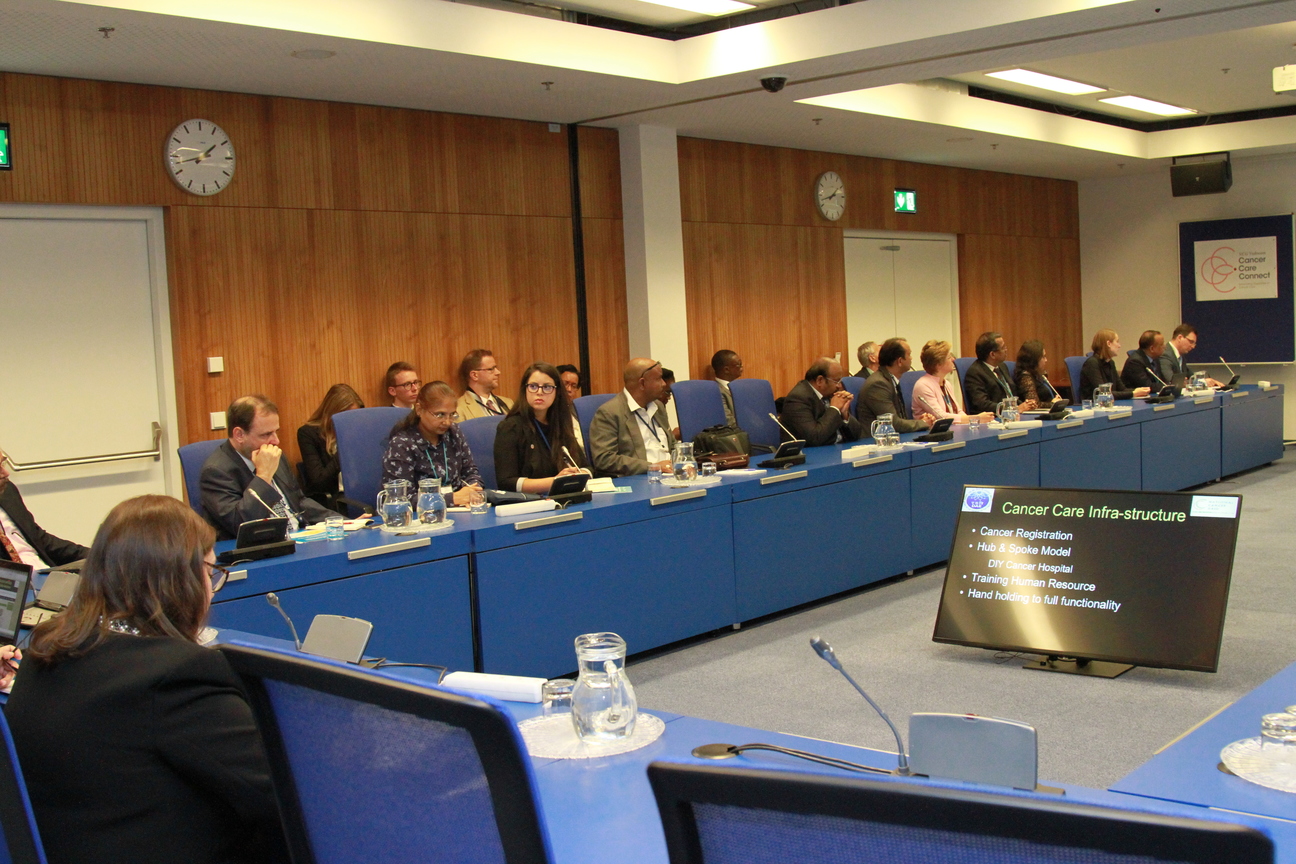 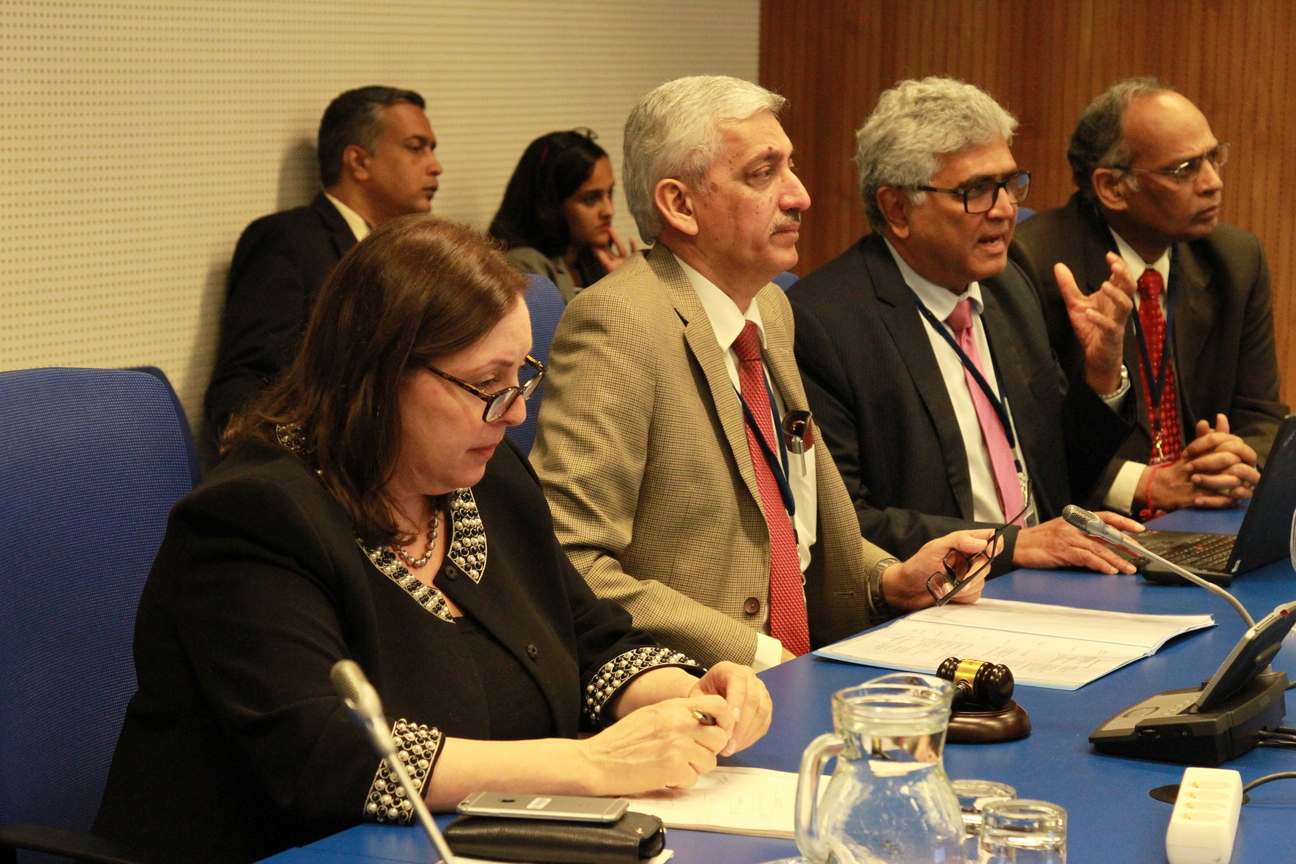 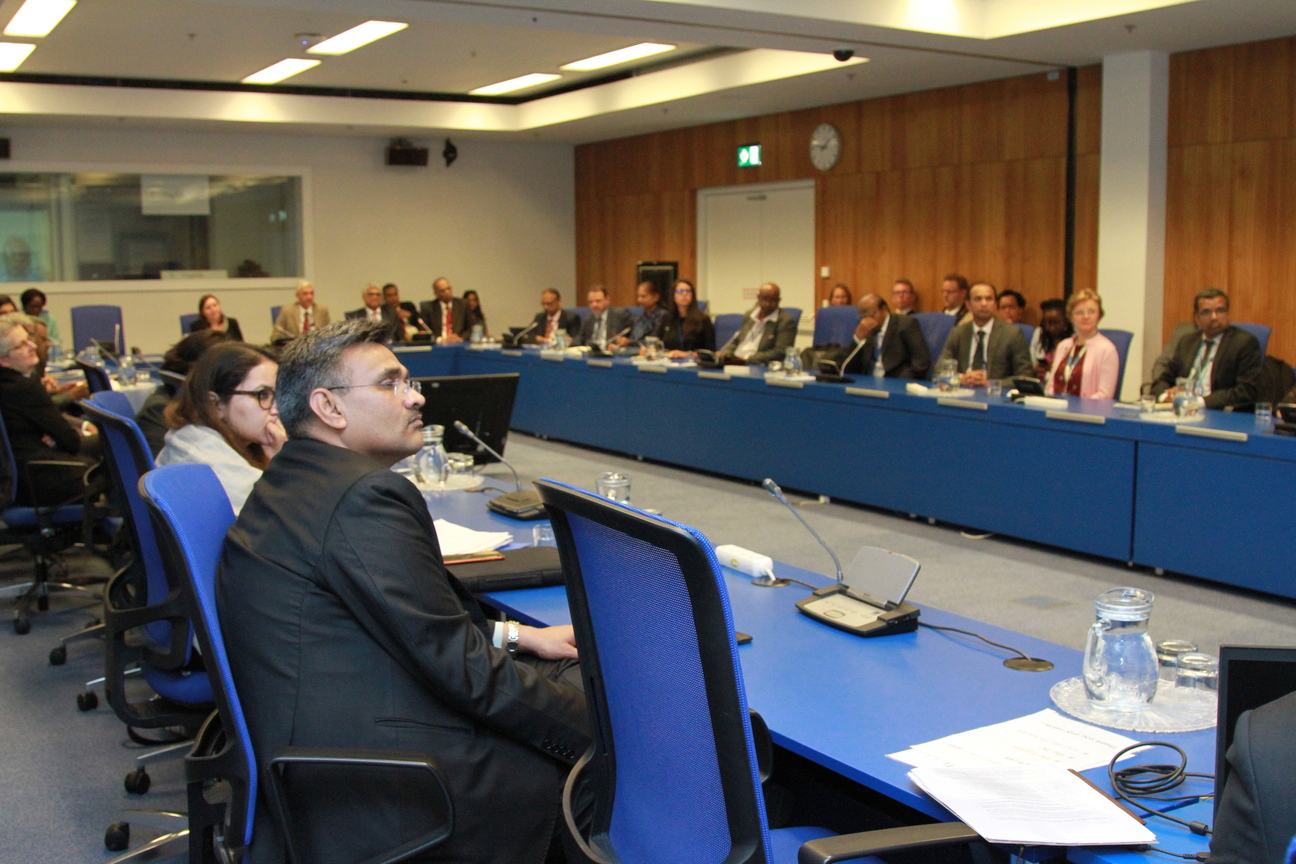