Today, UNIDO has 172 Member States. The Member States of UNIDO meet once every two years at the General Conference (GC), which is the supreme governing body of UNIDO. The General Conference also elects representatives to the other two governing bodies of UNIDO i.e. the Industrial Development Board (53 seats each with a four year term) and the Programme and Budget Committee (27 seats with a two year term). The Industrial Development Board (IDB) reviews the implementation of the work programme and budget and makes recommendations to the General Conference on policy matters. It meets once in the year the General Conference is held and twice in other years. The Programme and Budget Committee (PBC) assists IDB in the preparation and examination of the programme of budget and other financial matters. It meets once a year. The UNIDO Secretariat is headed by a Director General. The current Director General is Mr. Li Yong.

UNIDO derives its mandate to support industrial development of developing countries and countries with economies in transition from its Constitution and a number of policy documents approved by the governing bodies of the Organisation such the Business Plan on Future Role and Functions of UNIDO, Strategic Guidelines towards Improved UNIDO Programme Delivery and the Corporate Strategy governing its developmental interventions. The Organization focuses on activities that support the effort of developing countries to participate in the world production system by helping them to raise productivity, develop a competitive economy, generate employment opportunities and promote environmentally sustainable industrial development. In achieving these objectives, the UNIDO maintains close partnership with multilateral developmental agencies.The next General Conference of UNIDO is slated to take place in Lima, Peru from December 2-6, 2013.

The UNIDO Secretariat is headquartered in the Vienna International Centre, Vienna.
Wagramer Strasse 5, A-1400, Vienna, Austria
Tel No. +43 1 26026 0
Website: www.unido.org 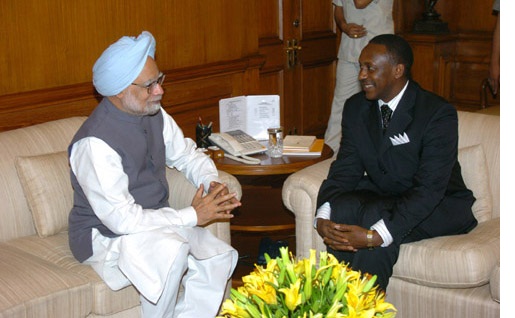 India, a founding member of UNIDO, is among the top ten contributors to the organization and takes an active interest in the functioning of UNIDO. It makes a voluntary contribution of around over US$ 1 million annually in addition to its annual regular budget. India has been represented almost continuously in the UNIDO governing bodies – Industrial Development Board (IDB) and Programme and Budget Committee (PBC).

UNIDO has a Regional Office located in New Delhi. There are around 37 ongoing UNIDO projects in India. Around 40 Indians are among 640 UNIDO staff. Mr. Jebamalai Vinanchiarachi is the Special Advisor to Director General. Annually around 100 Indians are appointed as consultants by UNIDO. India also hosts a centre for South- South Cooperation under the aegis of UNIDO.